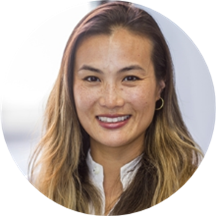 Trench mouth is a bacterial infection of the mouth and gums, a severe form of gingivitis known as necrotizing ulcerative gingivitis. This condition, identified by painful swelling, bleeding and ulcers in the gums, derives its name from the trenches of World War I where this disorder was common among soldiers. Trench mouth is now rare, but when it appears, usually affects patients between 15 and 35 years of age.

While the precise cause of trench mouth is unknown, the condition seems to result from an overgrowth of bacteria in the mouth. Although these bacteria are not abnormal in themselves, when they grow uncontrollably they cause the gums to become infected. It is suspected that viruses may be involved in the development of this disease. The following known risk factors for trench mouth make clear why soldiers in World War I were prone to the condition:

When bacteria proliferate abnormally in the mouth, they cause the painful, infected ulcers characteristic of trench mouth.

Trench mouth may be characterized by some, or all, of the following symptoms:

The symptoms of trench mouth can appear suddenly.

Physical examination of the mouth usually gives a strong indication of the condition. Crater-like ulcers, often filled with food debris and plaque, highly inflamed gums, and the gray film that results from decomposed gum tissue are distinctive signs of the disease. In some cases, a throat culture may be taken to determine the severity of the infection. Additionally, dental X-rays may be administered to determine whether other tissue or bone loss has occurred. Fever and swollen lymph nodes are further evidence of trench mouth.

Trench mouth is treated with oral antibiotics. An antiseptic mouthwash containing chlorhexidine may also be prescribed to decrease bacteria and speed healing. Symptoms are typically relieved with the help of:

Patients with trench mouth are advised to avoid hot and spicy foods that aggravate symptoms. Controlling pain is important because it allows the patient to resume good oral hygiene habits. Teeth need to be brushed and flossed as often as possible, at least twice daily, in order to promote healing and prevent recurrence of trench mouth. Most people recover well from this condition once they receive appropriate treatment.

In order to prevent a recurrence of trench mouth, patients are advised to maintain proper nutrition and good oral hygiene, stop smoking, and reduce stress wherever possible.